Date Released: August 27, 2001
File Size: 105 MB
Operation Systems: Windows NT/98/ME/2000/XP/2003
Last Updated: November 02, 2019
Internet Explorer 6 is the sixth update of IE, a web browser released by Microsoft for Windows operating systems. The browser was released shortly after the completion of Windows XP. This version has criticized for it’s critical security issues and lack of support for modern web protocols and standards. By the way Internet Explorer 6.0 makes it easier to get the most from the World Wide Web, whether you are searching for new information or browsing your favorite Web sites. New built-in IntelliSense technology can save you time completing routine Web tasks, such as automatically completing Web addresses and forms for you, and automatically detecting your network and connection status. 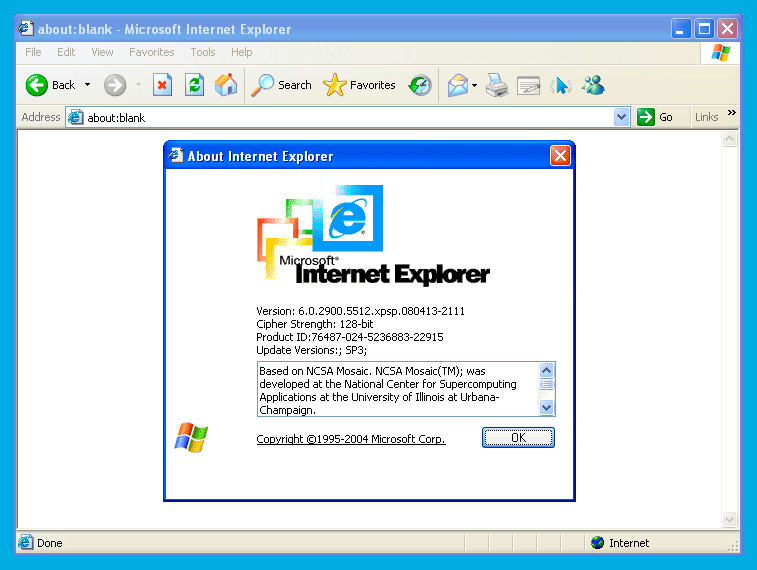